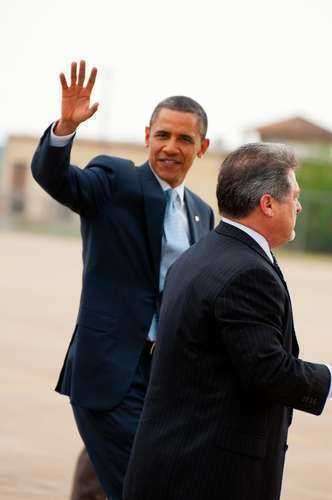 California’s proposition 8 poses the trickier questions for the administration; these questions are regarded as so difficult that President Obama is expected to set the last decision on what points the United States Department of Justice will make before the Supreme Court.

Proposition 8 is the California ballot initiative which bans same-sex marriage. This initiative was narrowly approved by state voters in the 2008 elections. A federal district court rejected the law as unconstitutional on the grounds of discrimination in 2010, and a federal appeals court later agreed on narrower grounds. That said, because there was a period in which same-sex couples could marry in the state of California, the court said it was unconstitutional for the state, via the ballot initiative, to strip fundamental the rights it had previously granted.

Under both Democratic and Republican governors, California has declined to back the measure in the court, placing the ban on gay marriage on the shoulders of those who sponsored the initiative.

The Obama administration is not forced to file briefs in the case because it does not involve federal law; however, administration sources believe the government will file a brief. That said, what the briefing will actually say is unknown. And in this instance, more so than most, there are numerous legal avenues that the government may choose to pursuit.

The primary question—one that perhaps most people want an answer to—is whether gay couples have a constitutional right to marry. If the Supreme Court rules yes to the question it would invalidate such laws in 30 states throughout the nation. That said, there are several legal routes that would invalidate Proposition 8 in California while leaving similar laws in other states intact.

What makes this situation even murkier is that President Barack Obama has vacillated on his position over the past eight months. In May, during an interview with ABC, Obama supported gay and lesbian marriage from a personal point of view for the first time; however, he went on to comment that the legalization of marriage for the same sex is something that should be placed on the states, where marriage matters are typically governed in a traditional sense.

Eight months later during his inauguration address, Obama took a more expansive view by saying, “our journey is not finished until our gay sisters and brothers are treated like everyone else under the law. For if we are truly created equal, then the love we commit to one another must be equal.”

So the question remains: what will President Barack Obama do when he faces similar questions in a Supreme Court matter that involves sexual preference and not race?