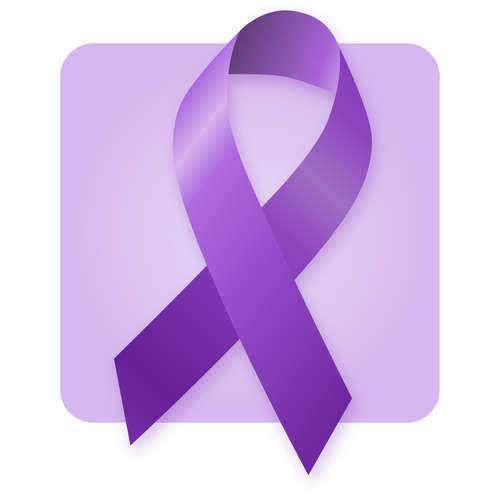 It is an extremely common practice for a month to be dedicated to increasing public awareness about a specific issue. The issues that are observed may range from medical conditions, such as Autism, to infectious diseases, such as HIV/AIDS. One of the most well known commemorative months is Domestic Abuse Awareness Month. October has been designated as the month to acknowledge the severity of intimate partner abuse.

Ribbons are often displayed in order to increase public awareness about a disease, an event, or an issue. Specific color ribbons are often associated with issues that require attention and focus. For example, pink ribbons are often displayed as a means of increasing knowledge about breast cancer, as well as honoring both the survivors of this fatal disease and the memory of the people who have died from breast cancer. Purple has been designated as the color for the domestic violence awareness ribbon. The color purple is said to represent courage and bravery. The origin of the domestic violence awareness ribbon is not known. However, this ribbon has become extremely popular, especially during Domestic Abuse Awareness Month, with occurs annually in October. Individuals may choose to display this ribbon on their cars, homes, or somewhere in their property. Other individuals may choose to wear the ribbon on their clothes or on their bags in order to increase awareness, support victims, and honor those who have been killed as a result of abuse.

Domestic Abuse Awareness Inc. is an organization that is dedicated to increasing awareness about intimate partner violence and committed to establishing effective prevention programs. They are extremely passionate about ending intimate partner violence and child abuse. This organization has created a new and unique way to educate the public about the effects and consequences of domestic violence.

States play an extremely important role in increasing public awareness about domestic violence and abuse. Each state has developed some form of office that is dedicated to the prevention of family violence. These offices seek to educate the public about both the severity, as well as the type of abuse