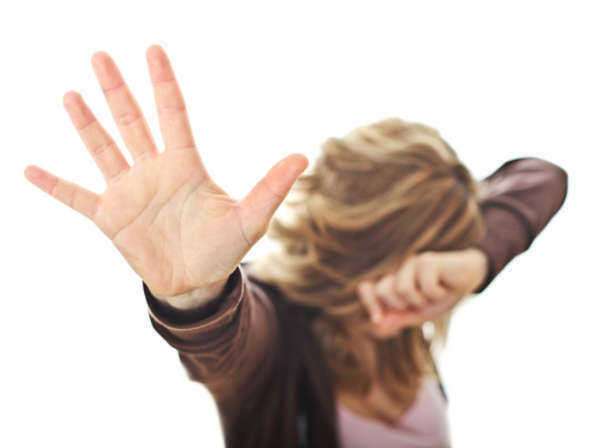 Battered woman syndrome has been recognized as a severe psychological condition since it was first described in the 1970s. It is often considered to be a form of post traumatic stress disorder. Women who are subjected to repetitive and acute physical violence, sexual assault, and psychological abuse by their intimate partner may develop battered woman syndrome. A battered woman will often display specific temporary psychological characteristics. It has been observed that the symptoms that a battered woman will exhibit unravel in a predictable pattern.
First a victim will experience denial. When the victim acknowledges that there is something wrong in their relationship, they will experience a period of guilt and shame. Soon, a battered woman will recognize that the abuse is the fault of her partner and she will understand the necessity of escaping her abusive relationship. By this point, it is common for a battered woman to feel as if there is no possible way to safely escape their current situation. These symptoms unravel as the cycle of abuse progresses and increases in severity. It may begin with covert psychological abuse. The offender may manipulate, coerce, and isolate the victim. The emotional abuse will soon give way to physical violence.
This brutality will become more severe over time. Soon, a battered woman may be experiencing frequent and severe beatings. By this point, an individual who is suffering from battered woman syndrome may have developed extremely low self esteem and bitter depression. They may have lost contact with all of their friends and family because of the behavior of their abuser. Often, perpetrators will isolate their victims in order to ensure that they no longer have a way to escape their situation. This will make it very difficult for a battered woman to leave her environment. Battered woman syndrome may cause a victim of domestic violence to resort to extreme behavior in order to protect herself.
Once a victim of battered woman syndrome understands the consequences of remaining in her abusive relationship she will begin to consider how to escape it. However, by the time a battered woman recognizes the necessity of leaving her environment; she has been brutalized and abused so many times. She is very familiar with the pain and the agony of physical beatings. Often, her abuser has threatened to inflict more severe violence and even death if she tries to escape.
The offender may have also threatened the lives of her children. An individual who is suffering from battered woman syndrome will be convinced that there is no way of escaping her abuser. If she leaves he will find her. She will firmly believe that there is no where that she can turn for help and support. Therefore, many women who have developed this psychological condition attempt to eliminate the threat by murdering the perpetrator. The victim may try to attack the offender when they are most vulnerable.
For example, in July 2009, Amanda Carina Barbosa Rodriguesi stood trial for the murder of her husband, famous Canadian boxer Arturo Gatti. Lawyers claimed that her only defense was that she was suffering from battered woman syndrome due to the physical abuse that her husband was subjecting her to. This condition is often utilized as a legal defense in cases in which abused women kill their partner.
Domestic violence has severe and adverse effects on a victims psychological and mental health. Women who are suffering from physical brutality are often desperate for a way out and may resort to extreme behavior in order to escape.