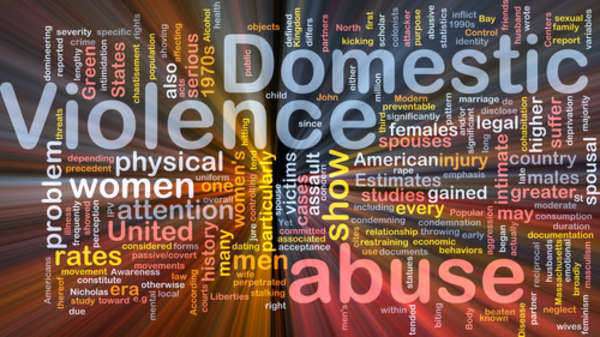 Battered woman’s syndrome is an extremely detrimental psychological condition that effects women who are subjected to repeated abuse and violence. This syndrome helps to explain why women stay in abusive relationships and do not seek assistance for their harmful situation. There a various stages that an individual who is suffering from this condition will experience. When an individual begins to experience domestic violence, they will often deny the abuse that they are suffering from. They will refuse to admit that anything is wrong.

Once a victim accepts the fact that abuse is occurring, they will experience guilt and shame. Victims will often believe that the abuse is their fault and not the fault of the offender. Eventually, a victim of domestic violence will realize that they are not to blame for the brutality that they are being subjected to. Despite the realization that their partner is victimizing them, the individual will choose to remain in the abusive relationship. It may take some time, but sooner or later the victim will understand that in order to protect themselves and their family they must escape their harmful relationship. These stages can be observed in many of the victims of domestic violence and abuse.

The first stage of battered women’s syndrome is denial. Denial occurs when a victim of abuse is unable to admit and acknowledge that they are being subjected to domestic violence. During this stage, a victim of intimate partner abuse will not only avoid admitting the abuse to their friends and their family members, but they themselves will not acknowledge the brutality that they are suffering from. They will fail to recognize that there are any problems between themselves and their partner. There are multiple factors that may contribute to a victim’s unwavering denial.

In many instances, an individual does not realize that they are being subjected to domestic violence. This is largely due to the manipulative and coercive behavior of their abuser. The acts of abuse may be so covert that they do not appear to be harmful or detrimental. In other instances, a victim of domestic violence may believe that denial is the most effective way to avoid being subjected to further violence and brutality. Whatever the cause, denial is extremely adverse. Until a victim admits and confronts the abuse that they are experiencing, they will not be able to provide themselves with the help and the protection that they need.

After an individual experiences the denial phase they will move on the the guilt stage. During this phase of the battered women’s syndrome, victims of domestic violence will experience feelings of extreme guilt and disgrace. They will believe that they have caused the abuse that the perpetrator has subjected them to. In many cases, the offender will convince their victim that they are forced to resort to physical violence in order to punish the victim for their negative characteristics. They may use brutality to teach their victim not to take part in behaviors that they disapprove of.

Individuals who subject their partner to abuse will often defame and put down their victim in order to establish control. As a result, the victim will experience low self esteem and depression. Once this occurs, it is not difficult to convince an individual that they are being subjected to abuse due to their own faults and shortcomings. If they were better at certain tasks and if they lived up to the expectations of their partner, then they would not be experiencing domestic violence and abuse. Victims of intimate partner abuse will believe this. Therefore, they will not report the abuse that they are experiencing because their partner is not to blame for the cruelty.

One of the most important phases of the battered women’s syndrome is enlightenment. This occurs when a victim of abuse recognizes that they are not to blame for the abuse that they are experiencing. They will begin to understand that no one deserves to be subjected to domestic violence no matter what characteristics they posses. The fact that an offender does not approve of their victim’s behavior does not justify subjecting the victim to abuse and violence.

During this stage, a victim will begin to acknowledge that their partner has an abusive and violent personality, and that the domestic violence that the victim is experiencing is the fault of the abuser. It is now that a victim may begin to realize the importance of seeking domestic violence help. Despite the realization that they are living in an unhealthy environment and with a dangerous individuals, victims will continue to remain with their abuser. They will commit themselves to saving their marriage. They will often use various different reasons in order to justify this decision. However, individuals who choose to remain in their detrimental environment will soon find that in most cases, the abuse will not get better, it will increase in severity.

Once a victim of abuse recognizes that the domestic violence they are suffering from is the fault of their abuser, it is only a matter of time before these victims understand the importance of escaping their current environment. In the majority of cases, domestic violence does not improve over time. Most individuals who subject their partners to violence and brutality are repeat offenders and they will continue to expose their victim to intimate partner abuse. When an individual acknowledges this, they will understand that their safety, and the safety of their children, depends on leaving their abusive relationship. During the responsibility stage of the battered women’s syndrome, an victim of domestic violence may experience a vast array of difficulties.

It is essential that individuals who have decided to escape their detrimental situation ensure that they are safe and secure. Women are in the most danger when they make the decision to flee their current environment. Therefore, it is essential that an individual plan their escape well. If a victim would like support and advice about leaving an abusive relationship then they can contact a law enforcement agency or an abuse hotline. Domestic violence shelters may also be able to provide victims with information and support.