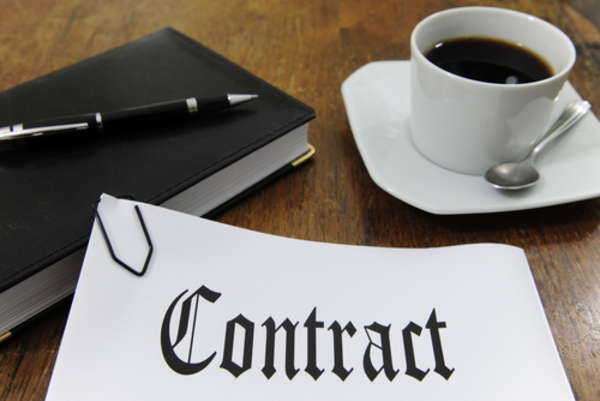 Most wedding ceremonies
include an exchange of wedding vows between husband and wife. In some cases,
couples write their wedding vows themselves and in others, the individual that
is officiating over the ceremony, reads the vows and asks the couple to agree
with them. Generally, each spouse will answer in agreement by saying, “I
do.”

Wedding vows are often derived from marriage contracts, which
include all of the rights and responsibilities conferred upon marriages.
However, wedding vows are just a brief example of all of those rights and
responsibilities granted to the couple. Wedding vows will generally include
some form of religious, legal and ethical rights and responsibilities generally
associated with marriage.
However, couples actually acquire thousands of rights
as a result of their marriage contract, and there is no way to cover all of
them during a wedding ceremony. In addition, vows tend to include the aspect of
a marriage contact that are expressions of love, rather than benefits brought
to the couple.

Marriage contracts include principles such as mutual respect and
responsibility. In other words, one vow generally explains that couples have
agreed to treat each other with respect and to care for each other, no matter
what the circumstance. Included in that vow, is generally the phrase, “for
richer or poor, in sickness and in health,” which means that couples are
meant to care for each other in any circumstance.

That vows reiterates that
their relationship is not based on any changing variable such as wealth or
health. Also included under that vow, is “till death due us part,”
which signifies the expectation that marriage is meant to last until one spouse
passes away, rather then in physical separation such as divorce. Many churches
take that vow very seriously and are opposed to divorce.
Marriage contracts
also include vows such as, “I will be true,” which signifies that the
marriage relationship is unique and that neither souse will have a similar
relationship with anyone other than their spouse. Most religious marriage vows
are based on mutual expectations between the church, God and the couple.
Whereas, non religious vows tend to focus more on the relationship between the
couple. In either case, the marriage contract is expected to be upheld by both
spouses, as they agreed to during the wedding ceremony.

In many cases, couples choose to add input into their wedding vows to make them
more personal for the couple. The purpose of wedding vows is to make a public
proclamation of promises found in the marriage contract. In addition, vows help
couples to express their love and their agreement to enter into the marriage
contract.

Vows signify the importance of their new relationship and declare it
as being different form any other relationship in their life.Whether vows are
unique for a couple, or general vows are used, the propose is the same. Vows
help couples to proclaim their intentions for their relationship.